Davvero in extremis (ci scusiamo, ma in questa fase siamo in ritardo su tutto) il call for papers del prossimo numero di Darkmatter, dal titolo Post-racial Imaginaries : "Increasing reference to the notion of ‘post-race’ is suggestive of an emergent discursive framework in critical approaches to race and racism. ‘Post-race’, ‘post-racial’, ‘post-black’, and associated ideas, are being mobilized in various theoretical, cultural and political discourses to describe new racial formations. Post-race requires us to question in new ways the precepts of race thinking, positing the end of race as a point with which to think racial futures. The imprecise nature of much ‘post-’ talk means there has yet to be a rigorous assessment of the significance of post-race and its cognate terms, beyond simple endorsement or dismissal.This special issue of darkmatter Journal is interested in delineating the contours of the ‘post-racial’ turn by asking: what is the post-racial? What are the conditions of its emergence? What assumptions and claims does it make about the logics of racism? What critical and political work is the term doing? What does the ‘post’ in post-race mean? How is racism theorized in post-race? What is the relationship between colonial history and the post-racial? When and where is the post-racial? Who claims post-raciality?". Ulteriori info e modalità di invio degli abstract (entro il 1 febbraio!), nel sito di Darkmatter.
Pubblicato da Marginalia a 07:39 1 commento:

Muslim of Europe. Perspectives on Gender and Religion

Islam is today the second religion in Europe. Despite the complexity implied by this fact, a widespread dichotomy present s a homogeneous Europe versus a likewise consistent Muslim "Other". This conference aims at deconstructing such a dichotomy and to scrutinize how gender lies at the heart of the frictions occurring as a result of contemporary transnational challenges. It presents frontline research on how European states govern Muslims´ migration movements and everyday life along with research focused on power relations within the Muslim minorities.. The conference (27-28 January 2011, Facoltà di Scienze Politiche Sala Poeti, Strada Maggiore 45, Bologna) is organised by Sandro Mezzadra, Pia Karlsson Minganti and Renata Pepicelli at the Department of Politics, Institutions and History, University of Bologna and supported by the FP7 project Gender, Migration and Intercultural Interaction (GeMIC - www.gemic.eu). Simultaneous interpretation English>Italian // Traduzione simultanea Inglese>Italiano.
PROGRAMME // PROGRAMMA
Pubblicato da Marginalia a 05:39 2 commenti: 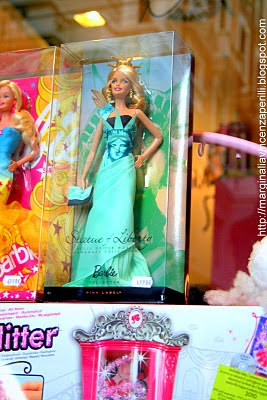