Audre Lorde (1934-1992) was one of the most significant and influential Black feminist scholars, writers and activists of the twentieth century. Although her involvement in the African-American Civil Rights and Black Arts Movement and her enduring relevance in feminist and lesbian/gay movements in the US have been documented, no sustained effort has been made yet to bear witness to the truly international and transatlantic dimension of her legacy. This legacy is reflected in the coalitions she founded with black diasporic women during her travels to places such as Germany and Britain as well as in her contribution to the reception of the Black Revolution of the 1960s in European contexts, a revolution, whose effects, as she suggested, “are sometimes more obvious in other countries than in America”. This volume of essays seeks to introduce new perspectives on the depth and range of Lorde’s literary, intellectual and activist commitments by constructing a European perspective within which to situate her life and work.We invite proposals for essays which look at how Lorde’s work inspired, enriched and was differentiated by its numerous and varied recontextualisations in different European countries including Britain, Germany, Holland, Switzerland, France as well as other European places Lorde did not have a direct encounter with. We welcome essays addressing (though not limited to) the following questions focusing on one or more European contexts and drawing on a range of disciplinary perspectives: Which topics and motives in Lorde’s work were met with the greatest interest in her reception in Europe? Did her work function as a forum for discussing civil rights, the inclusion or exclusion of marginalised groups, issues pertaining to sexuality, health care and forms of ‘grassroots’ organisation? How was her work disseminated in European countries, which translations appeared and when, what readership did this literature find at different phases, and what was the role of publishing houses? How was Lorde’s conception of the Black Diaspora shaped by her Atlantic crossings? How was Lorde’s conception of the Black Diaspora shaped by her Atlantic crossings? What is the relevance of Lorde’s work today when it comes to defining contemporary tasks and questions: fluid and controversial concepts such as race/ethnicity, immigration, civil rights, and integration in various European societies? We welcome a range of submissions from critical essays, archival work, case studies, personal reflections, manifestoes, interviews and mission statements from networks/activist groups whose work owes a debt to Lorde. Please submit proposals in abstract form (200-300 words) by the 30th of September 2010 at audrelorde.collection@gmail.com. We look forward to receiving your proposals and submissions for this volume!
Professor Sabine Broeck, University of Bremen
Dr Stella Bolaki, University of Glasgow
Pubblicato da Marginalia a 07:59 1 commento: 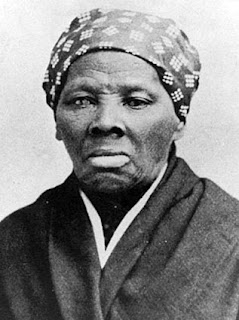